Masks recommended inside the library. Here's what to expect when you visit. 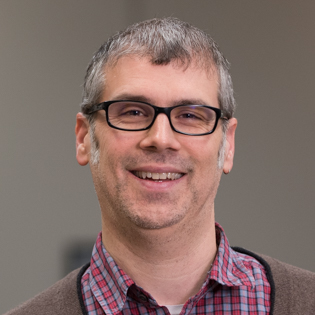 Dig a little deeper into local elections and learn more about this spring's races.

The second volume of the National Climate Assessment was released last month. Reference Librarian Chris highlights some key points in its findings.

Help with the Headlines: The Man Booker Prize

A graphic novel makes the longlist for the Man Booker literary prize for the first time ever. Reference Librarian Chris helps us explore some of the history behind this headline.

According to some polls, average American film-goers shy away from movies with subtitles. But we know that Skokie Public Library patrons are above-average! So here are 10 accessible (and wonderfully entertaining!) foreign films for those ready to adventure forth into the bounty of goodness that is World Cinema.

After the infamous “Disco Demolition Night” at Chicago’s Comiskey Park in 1979, American dance music went underground. But the last decade has seen it return to the mainstream with a vengeance. Here, then, is a primer, of some of the best Electronic Dance Music (EDM) the library has to offer.

Music that evokes the drama, heartache, struggle, liberation, and beauty of queer lives.

1971 is my birth year. That would be, let's see...well, it's several decades ago now. I've been thinking a lot about that year, 1971. Richard Nixon was president, the war in Vietnam was still raging, Starbucks opened its first store, and both Missy Elliot and Winona Ryder were born, so I'm in good company. What follows is a smattering of some of the books and films first published or released in that tumultuous year, some 50 years ago.

Ambient, mellow, calming music for dreaming. Here are a few of my favorite albums for relaxing and floating downstream.

Made up of 54 countries, each teeming with its own individual histories and rich musical traditions, it’s impossible to offer anything but the most rudimentary glance at the wealth of amazing recorded music that emerged from the continent of Africa over the last half-century. Here are a handful of wonderful, lilting albums, perfect for backyard barbecues, introspective star-gazing, or just chilling in the hammock.

George Eliot once wrote, “Delicious autumn! My very soul is wedded to it, and if I were a bird I would fly about the earth seeking the successive autumns.” How about successive films set in or around autumn? What follows is a small harvest of some of cinema's most colorful offerings.

What in the world drives somebody to actually want to be President of the United States? Ambition, sure, but a level of hubris not found in most. Here is a selection of books exploring this strange, seemingly all-consuming quest to reach the White House.

Any day, any month is a good time for poetry, and we have an expansive collection to choose from. Here are a few of my favorite works of poetry from the last few years.

This year has seen a number of interesting, thoughtful books published about the Covid-19 pandemic. I know that personally, when I look back at the events of the last 2½ years, I’m still trying to make sense of just what happened. I’m grateful to these authors for trying to do just that, by shedding light and giving context to those turbulent times and the long wake we’re still churning in.

These books provide an introduction to anxiety. Produced in collaboration with the Douglas Center and MCC.