What Does it Mean to Take a Stand Against Racism? 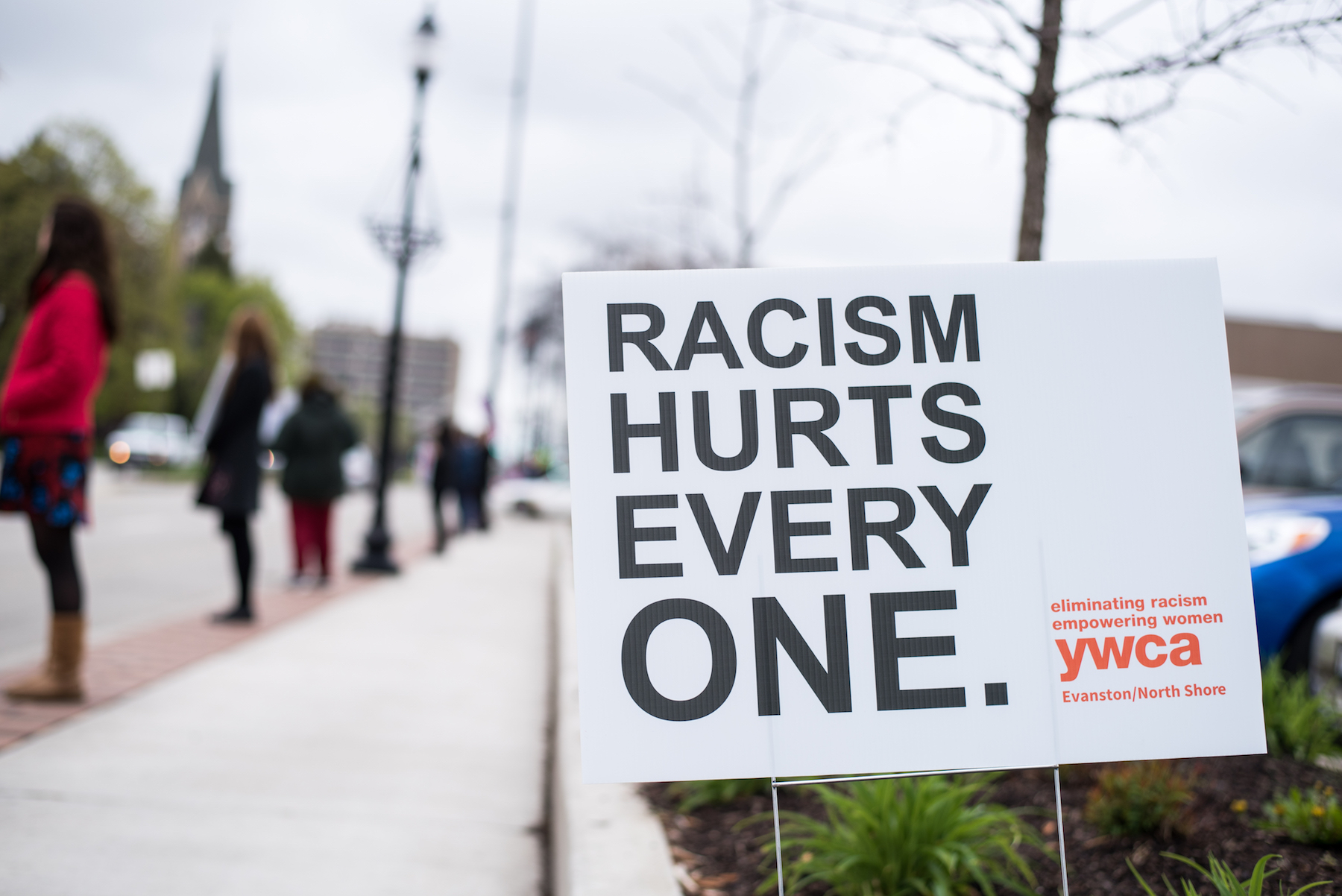 Stand Against Racism is the YMCA's nationwide campaign to raise awareness of the negative impact of institutional and cultural racism. It provides people in towns and cities across the country the opportunity to show their communities—and the world—that racism will no longer be ignored or tolerated.

Join us at Skokie Public Library as staff and patrons line Oakton Street to make ourselves seen and heard. We will provide a few signs, but you are also welcome to bring your own. Afterwards, join us in the library for further discussion. The Civic Lab will also be on hand asking the question: what does it mean to stand against racism? We have compiled a list of links below to help answer that question and to help you learn more about what it means to be an ally in the fight to end racism.

The University of Calgary has compiled a useful primer on what racism is and how power contributes to its pervasiveness in our society.

Are You Non or Anti? (video)

In this short video for the UK newspaper The Guardian, Booker Prize-winning author Marlon James (A Brief History of Seven Killings, The Book of Night Women) makes the case for distinguishing what it means to be against racism versus objecting to the presence of racism.

A series of eight short videos featuring the ways race compounds and intersects with how various persons of color experience their identities.

"We Need to Talk About Racism in Education" (article)

An introduction to the ways racism informs how we are educated, who gets to be "educated," and what the cumulative effects of such access mean.

Writer Rahawa Haile hiked the Appalachian Trail solo from Georgia to Maine during a summer of intense political upheaval. This is her story.

There are many ways to understand the perspective of others experiencing racism. One starting point is by searching Twitter and reading what others have written in response to the following hashtags that compile anecdotal incidences of racism:

The National Museum of African American History has curated a selection of objects and the routes they took to become a part of the newly opened museum's collection. In this story, Lives in Pieces, fragments of glass salvaged from the bombing of an Alabama church in 1963 remind us why we continue to remember and educate ourselves on anti-racism.